There are too many Mac users who like creating some own home multimedia projects would meet a same problem: which program is better to edit video? iMovie or Final Cut Pro? It is also possible that you may have been using iMovie for editing movies but now want to move on to Final Cut Pro.

In the first place, you should give a brief glance to those two programs in order to figure out the major differences between Final Cut Pro and iMovie, and then decide which one is right for you. In this article, tune4mac will review iMovie, Apple's early level video editing program, and Final Cut Pro., their high-end editing program. 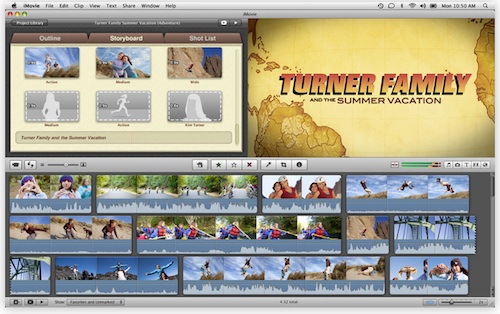 iMovie is part of Apple's iLife suite of multimedia projects. It is geared towards first-time or novice video editors that want to learn the basics of video editing and create their own home movies or videos. In just a few clicks, novice video editors can cut and edit their videos into their favorite films with multiple themes and effects within iMovie.

Some basic features and extras of iMovie are listed below:

• the ability to include video titles

• exports to a few other popular video formats and devices 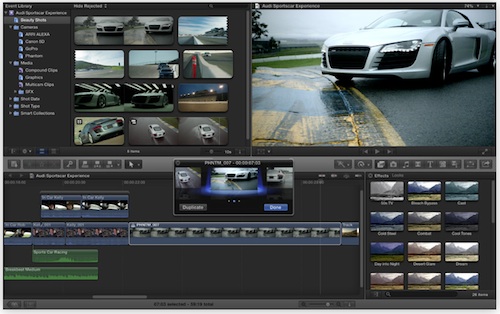 Some advanced features of Final Cut Pro are:

After a brief understanding of Final Cut Pro and iMovie, let's take a look at the major differences between those two video editing programs.

If you are looking for a cheaper video editing software that will create simple videos in a few minutes, you should choose iMovie. But if you would like to spend a lot of time to make professional videos and movies, Final Cut Pro is best for you.

Sometimes, you may need to import iTunes movie collection to iMovie or Final Cut Pro for editing. But you will find that the movie files downloaded from iTunes are not supported by iMovie and FCP. In this case, you are recommended to use Tune4mac iTunes to iMovie/FCP Converter for Mac, which will help you to remove the DRM protection from iTunes movies and import the converted movies into iMovie or Final Cut Pro.