How to Convert iTunes Movies to Android Phones /Tablets


Someone asks in Yahoo! Answer: “So I already transferred my iTunes music library to my Galaxy S3 with the Google play app, but now I'm wondering if I can somehow get a movie I just bought from iTunes onto my phone now too? Do I have to install another app or something?”

It is reported that, nowadays, mobile device market is cut into three parts, and four-fifth of it is hold by Android and iOS, other mobile systems share the rest. And as the latest data from Strategy Analytics shows that, Android and Apple iOS capture about 92% share of global smartphone shipments in 2012.

As we known, iTunes provides DRM-free music files to customers, which means there is no limit to import them to Android devices any more. It is also available to add video or music from Android devices to iTunes. Then how about convert DRM-protected iTunes movies, TV episodes and shows to Android phones or tablets? Undoubtedly, a good iTunes M4V Video Converter for Mac or Windows is needed now.

iTunes M4V Video Converter Pro. for Mac & Windows are two professional M4V video converters, which are designed to strip DRM protections both from iTunes purchases and rentals, and convert the .m4v format into formats that Android devices are compatible with.

After downloading and installing, launch the program, and click "Add" icon on the top-left. It will popup a window with your purchased or rented iTunes movies, TV shows and episodes listed. Choose the videos you want to watch on your Android, and then click "OK". 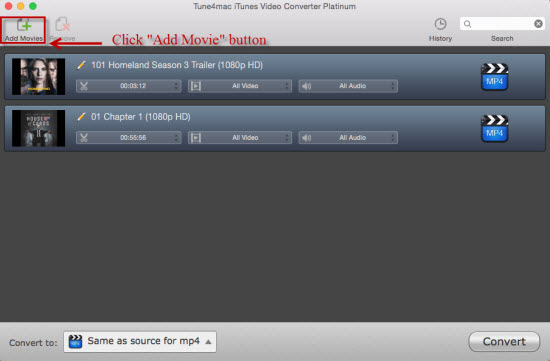 After movies being preceded into the program, click "Profile" for a format.

"Profile -> Common Used Video Formats -> Customized MP4", you can set the video and choose the video size, video codec and video bitrate by yourself.

When everything has been settled, click "Convert" button on the top to transcode iTunes movies to Android compatible formats.

Tips: Windows users who are trying iTunes M4V Converter Plus Windows could make the following diagram as reference. 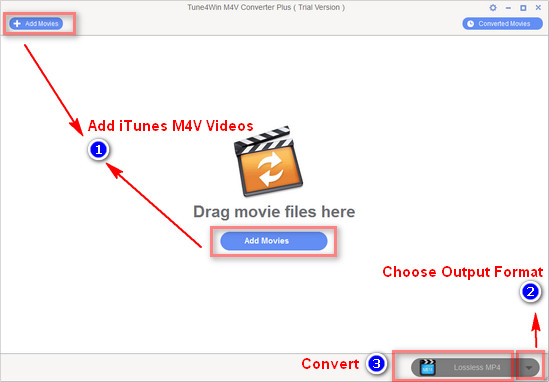 After the M4V to Android conversion finished, you can freely sync any iTunes M4V movie or TV Shows to Android devices for playing without any limitation.