How to Convert M4V to MP4 on OS X Yosemite 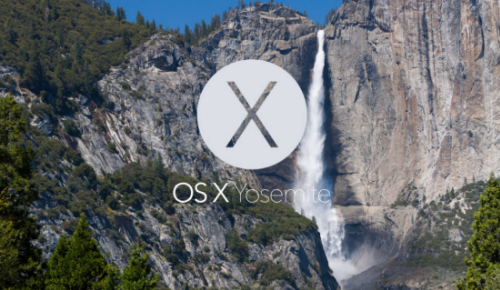 OS X Yosemite, the eleventh major release of Mac operating system, was unveiled at WWDC (Worldwide Developers Conference) on June 2, 2014. OS X. Yosemite will be freely released to consumers in this fall. Following the new naming scheme introduced with OS X Mavericks, Yosemite is named after the national park in California.

“Every bit as powerful as it looks” would be the best explanation of 2014 OS X Yosemite. Apple highlights a number of new features and improvement for the latest Mac OS, redesign with "flatter look" completely, updated Notification Center with widgets, revamped Calendar with all-day view, streamlined design for Safari, iCloud Drive file storage , mail and messages enhancements, and so on. For lots of people, these breakthroughs will be irresistible.

M4V is a video format and file extension, which is similar with frequently-used mp4. The greatest difference between them is that M4V file is usually under the protection of Apple’s FairPlay DRM Copyright Protection. Apple Inc. employed it to encode TV episodes, movies, and music videos in the iTunes Store, which do not work with the common digital video players at all. In other word, only converting M4V videos to MP4 format can we enjoy iTunes videos on what available video playback device we have freely. Obviously, an iTunes M4V DRM removal software is needed now. But, if there is a good M4V media converter compatible with OS X Yosemite?

When talking about how to choose a good iTunes M4V DRM removal software, we would concern primarily with the system compatibility, remove ability and convert performance of it. Tune4mac iTunes Video Converter Platinum is a professional iTunes DRM removal software, which designed for Mac OS X Yosemite users to legally strip all DRM protections from all iTunes videos and convert iTunes M4V to common MP4 format with original HD video quality reserved. In particular, its super capability of converting both rented and purchased iTunes M4V videos with high speed has always been favored by Mac OS users.

About Converting M4V to MP4 on OS X Yosemite

After the 4 easy steps, Tune4mac iTunes Video Converter Platinum enables you to convert both rented and purchased iTunes M4V videos to MP4 format on OS X Yosemite successfully. As a result, you can enjoy all iTunes M4V vidoes on available video playback device you have without time limit.

How to Convert iTunes 11.3 HD Videos and iTunes Extras Completely?

Steps to transfer iTunes M4V videos to Nexus 7 for playback

Some Doubts of Converting iTunes M4V Video to iMovie